The Pilot is inspired by Helios, the chariot that crosses the sky. A symbolic reference to the sun.

* The AP (Artist’s Proof) of a bronze work is a personal – usually more refined – working model of the artist, used as a base to produce the larger edition.

More about this work

Enquire about this work

We accept cryptocurrency (BTC or ETH)

More about this work

The Pilot was the center piece of Fen de Villiers’ 2015 exhibition ‘The Story Within’. 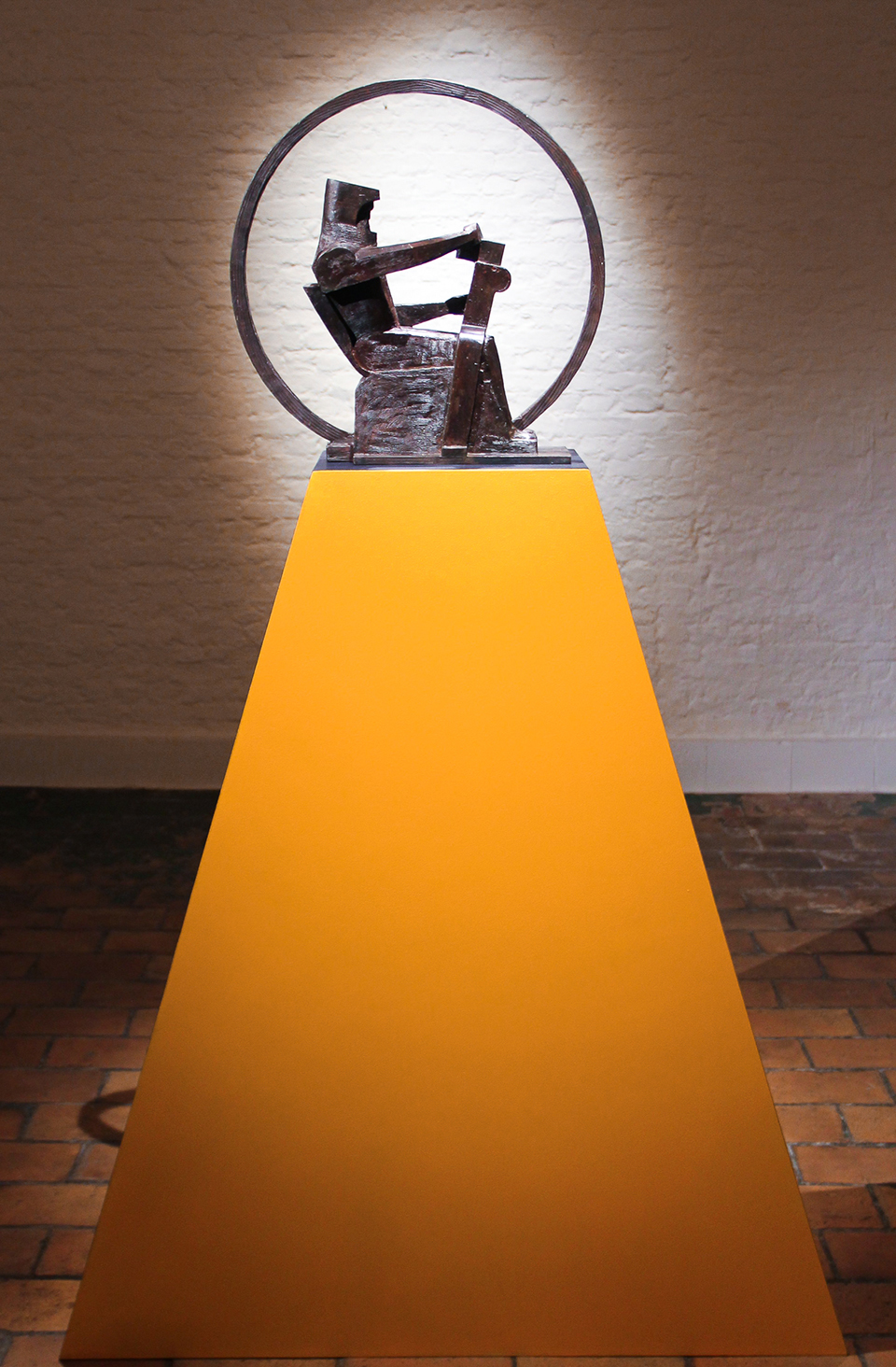 How to collect art work from the online gallery?

We plan a viewing appointment in Antwerp or online.

Pick up your art work in Antwerp or have it delivered after payment.